Well, another Bath Comedy Festival tucks itself up in bed, and levity flies from the city once again for another year. This was a particularly light year for me, as my usual multiple duties mainly boiled down to just performing at Moles club on Sunday 9th, for this year’s FUNNY NOISES: MY LOVELY HORSE!

True, a few days before I enjoyed the honour of introducing the arrival of I’M SORRY I’LL READ THAT AGAIN, AGAIN in our city, explaining my part in the original scripting of the show, and my suggestion in The Clue Bible all those years ago, and even playing Bill Oddie’s immortal BLIMPHT before the real new Wonder Team took to the stage. It really does make for the most extraordinarily hilarious night, and there are still plenty of shows to go, so check out:
http://www.offstagetheatregroup.com 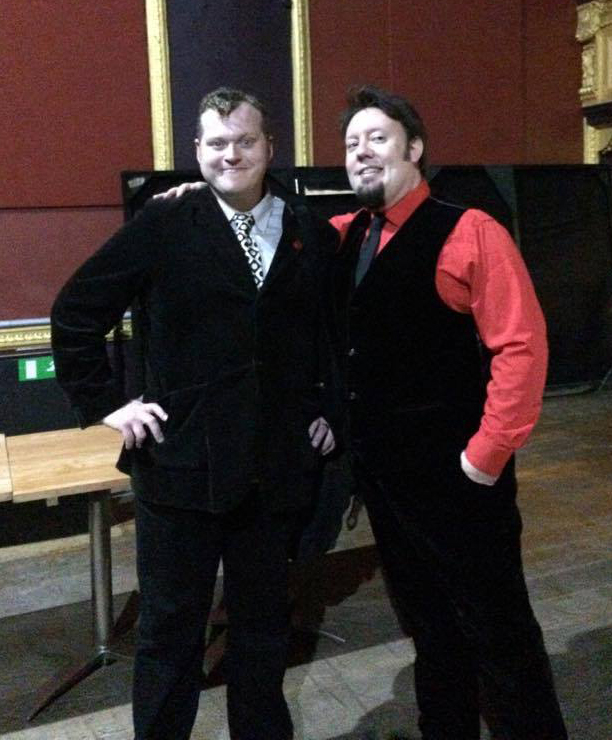 And indeed, the night before that, I was honoured to get up on stage as soon as Barry Cryer and Ronnie Golden had finished their show at the Wiltshire Music Centre near Bradford-on-Avon, to present Baz with this year’s Bath Plug Award. He’s a long-standing patron of the festival, and of course I owe my entire career to a phone call he made to me after I wrote some fanzine articles on ISIRTA and ISIHAC about 12 years ago, so it’s all his fault I’m so poor! But the funny thing is, all these years I’ve never really drunk with Barry, which seems remiss, but I always respected his privacy, which it turns out is not at all what he wants, he wants a laugh and a pint. And that night we all had quite a few. It wouldn’t be the Bath Comedy festival without getting legless with a true comedy legend at some point.

BCF boss Nick Steel, Baz, Ronnie, and I. Nick and I still look like bouncers.

Ordinarily we have a special event for the Bath Plug, but as I said on stage, it turns out that the very last possible question about comedy that Barry had never been asked was used up by Matthew Sweet at the Melton Mowbray Comedy Festival in 2013, so we thought it best to save him the inquisition. Interviewing Barry Cryer is the comedy equivalent of playing Stairway To Heaven on a shop guitar.

But questioning him over numerous beers is a very different thing, and a great night was had by all, including his partner Ronnie Golden and Bath festival boss Nick Steel, as we heard about Max Miller and Willie Rushton (the campaign to create a Rushton tribute book starts here) and many other comedy jewels which littered the carpet all night long. A night to cherish – and Baz being Baz, he even had the decency to ring up the next day when safely back home in Hatch End, to thank MA for such a great night! 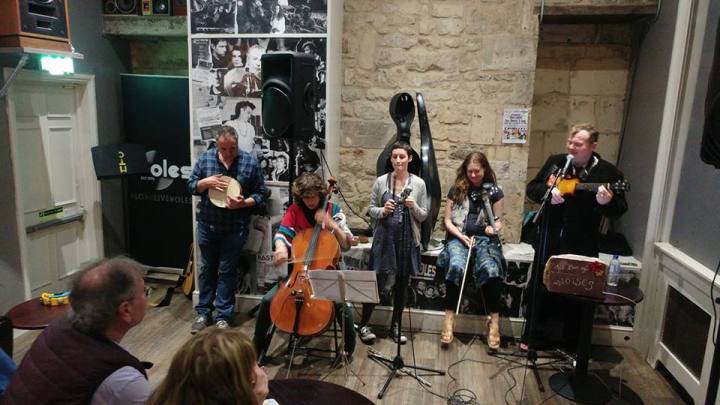 And so Sunday’s mellow musical gala was my main worry for this year’s festival, and it was certainly the most laid back one of all, which has just left me otherwise working on Soupy Twists day in, day out… but I am no more than one decent day’s work away from completing that, my fourth book, and so a big announcement is in the offing… 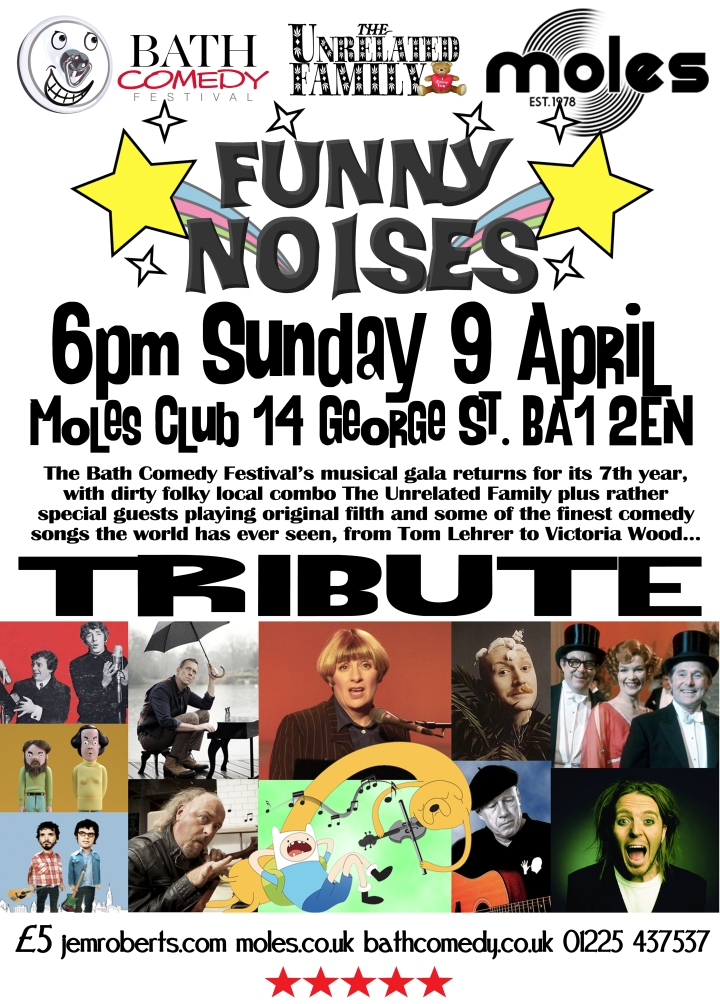