I am actually IN America (The States) as the holiday comes around (so don’t throw me out of a window, Stephen and Hugh), and sadly, with that reference, I’ve already used up the best Fry & Laurie video for Hallowe’en in the text above, but to celebrate us hitting a wonderful 111%, here’s a bonus slice of young Gelliant Gutfright to enjoy this sizzling Samhain…

I was over in the US performing some silly Limey-Yank themed shows with the shamingly musically gifted Michaele Hannemann, and here, if you have insensitive ears and wish to grab a bit of spooky Halloween mood, is a heavily condensed Best Of Thing. With Soupy Twists! references at about the halfway point..! 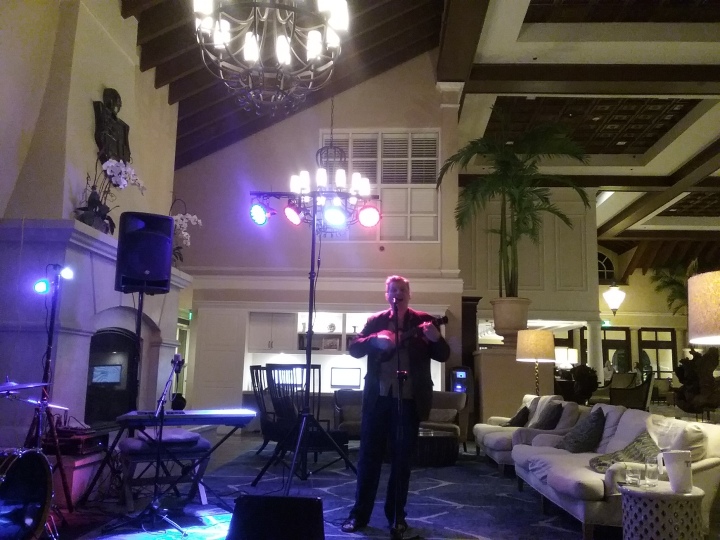 (I’ll probably only leave it up for a few days, fill your booties…)

But now, forgive me. Having been mooching around Georgia USA for a couple of weeks, I can’t resist an unusual and regrettable dip into topical observation – that is to say, that I’m pretty confident that Donald Trump will not win, solely due to the nature of American remakes.

I always loathed US remakes – in my worse-than-callow youth I even had a webpage listing them and screaming in agony, which I will not link to via Internet Archive Wayback, to share my own sunburned blushes. No matter how successful Kevin Spacey’s remake of House of Cards is, it’s still a less sophisticated version of what Ian Richardson did a lot better, first. The US version has veered miles from the UK original, it’s true, but it’s still discernably a direct interpretation, and now with the US Presidential Election, it seems like the same thing is happening in real life. We have two badly split countries with rising racism and right-wing dissent against a glassy-eyed government, and a crucial vote – on the one hand, the same old shit, on the other – unimagined oblivion (and potential bedlam either way). But Brexit for us was a vote where folk like you or I felt that, yeah, despite everything, we’d wake up in the morning with the same old shit, and all the fear-mongering of recent weeks would be disproved.

If there’s twenty-eight things I despise, then Conspiracy Theories are certainly on the list. But in recent years I had almost got sucked into this narrative that, no matter what we wanted, Boris Johnson was going to become PM. The destruction (or apparent temporary derailment, but please Oh God, no, not that) of that plot point on the morning of Brexit was one of the few saving graces of the whole feculence-typhoon. Perhaps there really is no dark force out there pulling all the strings, handing poor Neddy Muldoon a bomb to put in a restaurant to control democracy. And perhaps, like his UK source material, Trump will see his dreams dashed, and of course stick around making a stink no matter what happens. But for the series parallels to hold, America needs to end up with a helmet-haired Ice Queen in charge (this is after all a reboot of 1980’s politics), so maybe this time, no spoilers, you can relax – by Christmas, we’ll all be back in the same old shit.

(By the way, you won’t find any TV-themed musings like this on @BingeBoxMag, but do check in if you can, as I’m the Comedy Editor of the fantastic new fortnightly* mag, and helming the Twitter account to boot.)

HAPPY HALLOWEEN… IF YOU CAN!

*Apparently you should never use this word in the US unless you want to sound like a mad olde world gifte shoppe ownere.

One thought on “HALLOWE’EN ON JEKYLL ISLAND”